So who was Thomas Gilbert?

He’s grand enough to have his picture in the National Portrait Gallery but not so grand that we have any idea of who he might be.  History hasn’t been kind to his reputation.

From this portrait he might be imagined as an extra from Poldark.  Or perhaps the model for a minor character in a Jane Austen novel – as a younger man he could have been an inoffensively uncharismatic bachelor from a staid county family but with an income of £1000 a year or, older, the jovial father of the heroine’s best friend.

But that’s fiction: what of the reality?  There’s no comprehensive account of his life, but snippets revealing different aspects of his character can be gathered from diverse sources and by joining the dots it might be possible to get a create a sense of who he really was – but just as easily misrepresent him completely.

There’s ‘local history’ account of his role as a provincial entrepreneur published by the University of Staffordshire and an entry in the History of Parliament Online website which records his political career; his obituary in the Staffordshire Advertiser from 1790 reveals a more personality than can be found standard sources like the Oxford Dictionary of National Biography, and Wikipedia, but it’s all a little thin.

The achievement that ensures his place in history is The Relief of The Poor Act (1782), or ‘The Gilbert Act’ as it is known. This was an attempt to improve the old Elizabethan Poor Law that dated from 1601, and was one of several tweaks before the Poor Law system was finally abolished 1948. The Gilbert Act only tinkered with the system, but Gilbert had a genuine desire to reduce poverty; he wrote several campaigning pamphlets on the subject and his success came after three earlier attempts had been unsuccessful. He wanted to make the Poor Law more accountable and efficient so that more generous benefits could be provided for the same cost and the cronyism that rewarded the so-called ‘Guardians’ of the poor at the expense of the poor themselves would be eliminated.

But there’s more to Thomas Gilbert than Poor Law reform; he’s an intriguing character as certain events in his life indicate:

So that’s a bit of Thomas Gilbert.  He’s an interesting Georgian politician even though he didn’t express views on anything we might consider significant such as the Seven Year War with France, the American War of Independence,  Captain Cook’s voyages of discovery, the transportation of convicts, the slave trade, or the French revolution.

His 30-year political career seems typical of the period – the representative of a so-called ‘pocket borough’ controlled by a rich and powerful family, first Newcastle-under-Lyme (1763-1768) and then Lichfield (1768-1794).  The Gower family ensured he was well rewarded with sinecures and appointments for his loyalty and support, and yet it seems he was also prepared to bite the hands that fed him when necessary.  That he was never recommended for a title or peerage perhaps indicates that he wasn’t sufficiently compliant; he might have been loyal but he was independently minded too.

Perhaps if he’d received a title his lineage would be more evident.  There are several eminent Gilberts who have emerged since the beginning of the 19th century but it will take more archive research to establish whether any of them are descended from Thomas, or whether the family line ended somewhere.  Some mysteries remain.

Below, Cotton Hall in 1826.  The original home dating back to the 1600s would have been the central square block, with the wings added by Thomas during the late 18th century.

Below, Cotton College in 1933.  The original family home is still evident between the extensive new wings and chapel built by the college.

Above photos from the CottonCollege.co.uk 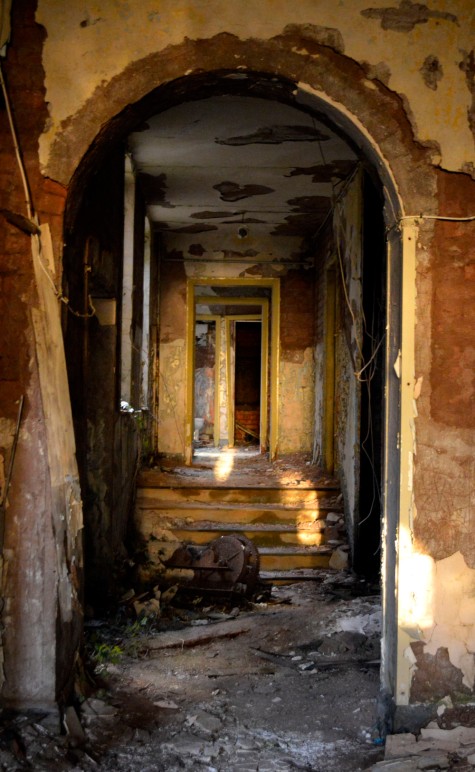 Above, Cotton Hall in 2016.  Photos by Becky Coates from bcoatesphotojournalism.wordpress.com

One thought on “In Praise of Tommy G”